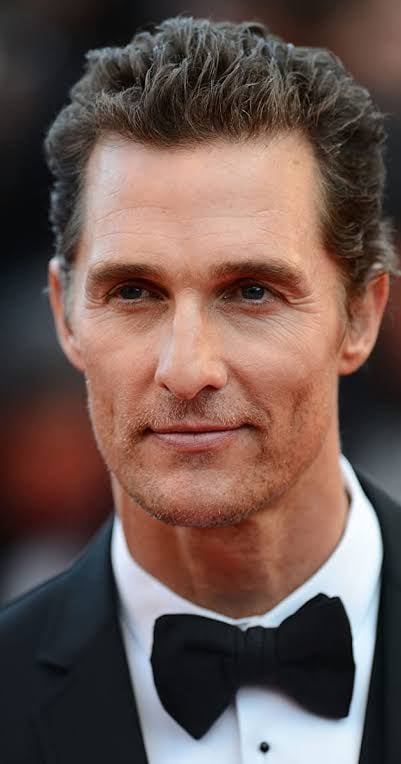 “My Hero…”, “That is who I chase…”, “When I was fifteen years old one person asked me, ‘who is your hero?”,  and I said,  “Hang on a couple of weeks I need to think about that”…  I came back two weeks later and this person said, “who is your hero?”  I said, “I thought about it, and its me in ten years”.  Ten years later I turned 25 and that same person turned to me and asked me,  “are you your hero?”  and I said, “not even close, no, no” and she said “why?”  “Because my hero is me at 35″.  You see, every day, every week, every year in my life, my hero is always ten years away.  I am never going to be my Hero.  I am never going to attain, I know I am not.  That is just fine with me because it keeps me with somebody to keep on chasing.  So to any of us, whatever those things are, whatever we look up to, whatever it is we look forward to, who ever it is we are chasing, to that I say alright, alright, alright.”  The audience screams and applauds and whistles, now Matthew speaks a little louder.  “To that I say, alright, alright, alright, alright”.  Pause, “Thank you”, he leaves the stage, while waving his Oscar on his right Arm.

Matthew’s first first few roles were in 1993 and 1994 when he was 23 and 24 yrs old in “My Boyfriend’s Back”, “Dazed and Confused” and “Angels in the Outfield”.  I would guess this headshot was taken around that time.  He isn’t the confident Matthew McNaughey we heard last night at the Oscar’s.

The next headshot is a more recent portrait of Matthew…  Judging by his headshot, wouldn’t you say that his wisdom, confidence and demeanour changed substantially? His early career’s professional portrait seem to be an image of a man wanting to be accepted, the next headshot we see a visionary (never mind the pose its irrelevant, its his inner self that affects us).

“Its a scientific fact that gratitude reciprocates”, last night during the Oscar’s.

Headshot, is a portrait of a person’s life-force, energy, his experiences a timeless documentation of all things representing the human inside the vessel.