10 Ways to piss off a photographer, courtesy photoshelter 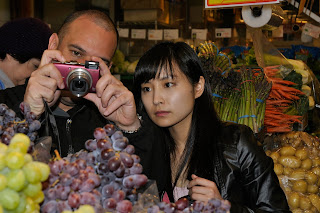 1) Try ‘clever’ tricks to save money.
Photographers have seen and heard just about every trick in the book, and you should realize this. You can expect to piss off a photographer if you treat them as if they haven’t experienced a few of these money-saving tricks already.

Don’t say that an assignment will take 2 hours when you know it will realistically require a full day of work. Don’t try to expand the assignment into something more when the photographer arrives on the scene, and expect them to bend over backwards to “help you out, just this once.” (Read John Harrington’s full reply, below, for some of his least favorite tricks.)

You should understand that a photographer is a small business owner, and they’re not trying to use their own clever tricks to jack up their rates. They want a fair, respectable price. Be upfront and totally honest with them from the very beginning, and you’ll find them much more willing to “help you out” in the end.

2) Don’t understand what it’s like in the real world.
Most editors spend their working day in an office, dreaming up perfect situations and scenarios where everything goes exactly as planned. Most don’t plan for the unexpected, and are surprised and upset when the pre-visualized images they promised to their bosses don’t actually materialize.

Instead, treat the photographer as a partner. Let them know that what you’re asking for is just something intended to get you both on the same page, and you’re not expecting miracles.

Encourage them to think beyond the box, and deliver something even better. If you put a little faith in them as a partner, you’ll often find they’ll work harder for you to come up with something truly great. Something you can both be proud of.

3) Screw up the schedule.
This is usually related to having little idea what it’s like in the real world. Scheduling is very important to a photographer, especially when the photo editor is the person setting up the shooting appointment with the subjects.

Don’t assume, for example, that a photographer in Los Angeles can drive to San Francisco and back within 2 hours. In this case, take the extra step and go to Google Maps and figure out the driving times in advance.

Be as clear with the photographer as possible with regard to the schedule. If you’re unsure about something, or if there may be some waiting time once they arrive on the scene – let them know in advance. You should understand that they may have an assignment booked after yours. Letting them know that the schedule may change without notice will give them an opportunity to plan accordingly, and not screw up another assignment because yours ran late.

4) Expect unlimited use of an image, for free.
Don’t be outraged when a photographer sends you an invoice after you’ve used an image again. Don’t assume that every image is Royalty-Free, even if the image was shot on assignment for you.

When a photographer shoots an image, they are hoping to produce something good enough that it will be used in many places – that there will be a demand for the image. If you suspect that you will want to use an image over again, in different places, tell the photographer in advance and work out a deal. Don’t just assume that you can use it, and then “deal with it later” if/when you’re caught.

5) Be difficult to contact.
This goes both ways – both photographers and photo editors should be easy to contact. Great communication between the parties means that you’re working as partners, each available to the other as the assignment unfolds.

6) Ask them to copy the style of another photographer.
Most people who become photographers do so because it’s a creative outlet. It allows them the freedom to express their own vision. Not understanding this very basic concept will piss off any photographer who has pride in their work.

Don’t treat a photographer like a robot with a camera. Showing them an image, and asking them to replicate it is considered an insult to most. Asking them to “shoot the same thing you did last time” could end up making them second-guess their own creative process.

7) Have a big ego.
Let’s face it, both photographers and photo editors can have a bit of an ego. They’re both often sensitive about their work because, if they do their jobs right, they really put themselves into a project and it ends up becoming an intimate personal expression.

When big egos collide, bad things can happen. Treating each other with respect, as an equal partner in the creative process, will yield better results in the end.

Accept that fact that you actually need each other, and no person is more important, or has “more power” than the other.

You should understand that it costs a photographer time and money to produce the image that you want to use, and a photo credit can’t be used to pay their bills. Offering a photo credit as a form of payment is an insult.

9) Use images without permission.
If you don’t have money to pay for the use of an image, don’t just take the image and use it anyway – and deal with any potential fallout later. Contact the photographer in advance, and see if you can work something out.

Using an image without permission is rude and offensive to most photographers.

10) Crop their photos to the point of obscurity.
Photographers often spend a lot of mental energy composing an image, and brutal cropping hack-jobs can easily send a photographer into a pissy mood. This is like cutting the first 2 paragraphs out of a writer’s story, and expecting the writer to be perfectly fine with it.

Contact the photographer ahead of time, let them know the reasons why the image must be cropped this way, and have a discussion about it before its too late. It is insulting to see your image in print with the heart and soul cropped out.